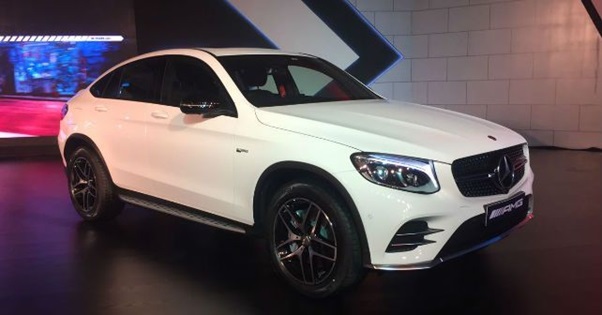 This year has been nothing short of a rollercoaster ride. While we’ve mostly been hearing only the bad news this year, there have been some good bits as well. For instance, Mercedes-Benz has finally decided to locally assemble its AMG products at its Chakan facility, which means true adulterated performance machine wouldn’t demand you to go break the bank anymore – well, probably.

For those of you who may not know, Mercedes-AMG models, since the dawn of time, have been imported in the Indian market. Therefore, they fell under the CBU (Completely Built Unit) category, where the model was completely built up before making its way to the Indian market. While this means that the model was built up on international grounds, it certainly attracts a lot of taxes when it enters our shores. So, think of Mercedes-Benz’ move as reducing the costs of its performance machines by bringing over the parts and assembling it here. The good part is Mercedes-Benz said that all the savings will be passed down to the consumers as, simply said, a reduction of the ex-showroom value of the car.

So, this means the future Mercedes-AMG would qualify as CKD (Completely Knocked Down) units as opposed to CBUs. Now, as for the good news, the first one is already here and, thankfully, it’s substantially affordable in comparison to its CBU derivative.

Mercedes-AMG had the GLC 43 Coupe on sale in India before the BS-VI emission norms came into force. You see, to make it a bit more affordable for the average Joe, Mercedes-Benz cars, in early-2020, launched the facelift version of the coupe-SUV but dropped the AMG moniker. It was, then, assembled locally and attracted a whole less money than its predecessor. However, it was, and it sure is, a saner car and a friendlier version of the coupe-SUV.

So, as for the car itself, it’s based on the facelifted non-AMG version of the GLC Coupe, which was launched earlier this year. This means that the 2020 GLC 43 Coupe gets a few additional tweaks inside and out as compared to the older model, which was introduced back in 2017. Starting with the changes itself, the new AMG-badged GLC Coupe comes with a Panamericana grille, a tweaked front bumper, side skirts, quad-exhausts, a rear diffuser element, and massive 20-inch alloy wheels as opposed to the standard model’s 19-inchers. It still looks intimidating from the front and very coupe-SUV from the side. And, more importantly, now with the improved aesthetics, it grabs more eyeballs when out in the open.

Moving on to the inside, the GLC 43 Coupe, of course, gets all the tits and bits that we’ve seen on the non-AMG model and then some. Given its sporty inhibitions, the coupe-SUV now gets an all-black interior with red highlights in many places. It now gets a flat-bottomed steering wheel, aluminium paddle shifters, AMG-specific display styles for the cluster, a Burmester audio system, along with the usual bits like a 12.3-inch digital instrument cluster and a 10.25-inch MBUX touchscreen infotainment system. The overall space and fit-and-finish of the cabin remain the same as the older model.

On top of that, it also gets n AMG Performance 4MATIC all-wheel-drive system, which acts as a rear-biased setup by sending 69% of the coupe SUV’s total output to the rear wheels. The coupe-SUV is priced at Rs 76.70 lakh (ex-showroom, India). It now undercuts the Porsche Macan S and the BMW X4 by a significant margin. Also, read the latest car comparisons, only at autoX.