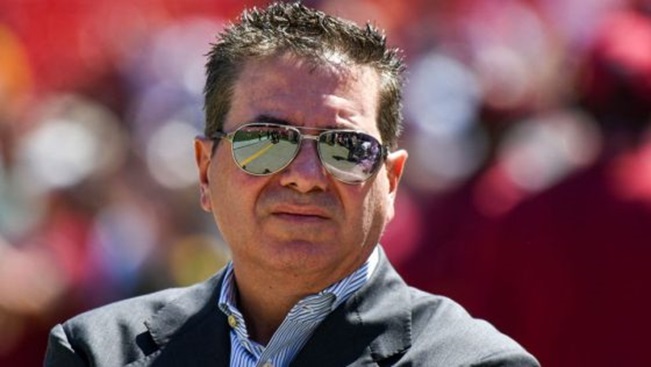 Daniel Snyder is arguably best known for being the owner of the Washington Football Team, his boyhood team, since 1999. During his more than two decades at the helm of one of the National Football League’s most prestigious franchises, he has also continued to give back to the community in numerous ways. In doing so, he has helped push the team that he loves into a greater spotlight while helping improve the greater Washington area that has been his home for so much of his life.

Prior to purchasing the franchise, he had his first significant foray into business when he founded and became the CEO and chairman of Snyder Communications, Inc. At the time, he was the youngest CEO of a company that was part of the New York Stock Exchange. Its client base had included 200 of the Fortune 500 before it was acquired by France’s Havas in 2000, 15 years after its launch, for $2 billion.

His football franchise has continued to be at the forefront of the NFL’s marketing ventures as it consistently ranks amongst Forbes magazine’s most valuable sports franchises. One of the ways that Dan Snyder has helped local outreach of the team has been through the launching of numerous team stores in Maryland and Virginia as well as mobile team stores for fans attending the games at FedExField, which, at 82,000 seats, is the second-largest in the league.

Although FedEx Field is in Maryland, Dan Snyder has ensured that his team has remained well connected with Virginia as well. He moved its training camp to Richmond in 2013, and more than 165,000 attended practices and walkthroughs that took place during its preseason stay that season. The previous year, he had reaffirmed his overall commitment to Virginia’s Loudoun County, which had previously held the team’s preseason training camp, by improving its training facility and stating that its practice fields and headquarters would continue to be located there.

He has also continued to improve the fan experience at FedExField, spending more than $100 million in doing so. Amongst those improvements was the installation of high-definition LED video boards in the end zone sections of the stadium, both of which reach 100 feet in length and are 30 feet high. New game and play clocks and other video displays and improved Wi-Fi access throughout FedExField have also enhanced the fan experience.

During Daniel Snyder’s time as owner of the franchise, 27 of its players have been named to the Pro Bowl a total of 53 times while nine earned all-pro status. Additionally, five players who have played for the team since 1999 have been inducted into the Pro Football Hall of Fame: Champ Bailey, Darrell Green, Deion Sanders, Bruce Smith and Jason Taylor.

More about Dan Snyder and the Washington Football Team: https://www.nytimes.com/2020/08/07/sports/dan-snyder-washington-nfl-defamation-lawsuit.html

Shortly after buying the team, the Potomac, Md., resident almost immediately went to work on using his connection with it for philanthropic reasons. In 2000, he created the Washington Charitable Foundation; this has had a measurable impact on youths throughout the Washington area. Twenty years later, the foundation caused schools and non-profit organizations to receive laundry facilities and has continued to help improve student attendance rates at schools and the accessibility of sports and other programs for children.

Also amongst the organizations that he has supported have been the National Center for Missing and Exploited Children (NCMEC) and Children’s National Hospital. Additionally, he backed the construction of the Snyder Family Emergency Medicine and Trauma Center and the NCMEC’s Daniel M. Snyder and Family Communication Center. Following the killing of George Floyd, Dan Snyder donated a quarter of a million dollars to help raise awareness of social injustice that takes place in the Washington area.

He has also helped those in need throughout the world. In 2016, he ensured that emergency supplies were delivered to the Bahamas and Haiti in the aftermath of Hurricane Matthew. Twelve years earlier, following the Indian Ocean tsunami, he provided substantial aid to Indonesia and Thailand.